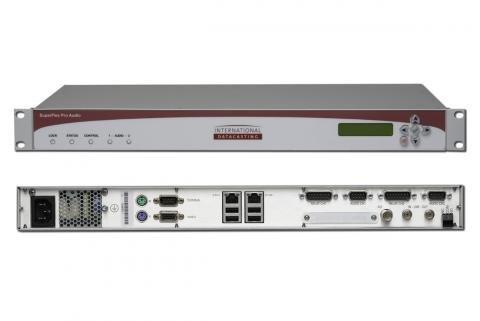 The SuperFlex Pro Audio Series is specially designed to allow commercial/program insertion on any channel. Datacast XD client is used to download advertisement files or programs into the receiver via satellite. Copy Split permits real-time triggering of commercials/programming overlays on a receiver by receiver basis and can be done in an event or time scheduled manner.