For unparallelled reliability in IP transmission, put your trust in CrossLock Technology by Comrex. 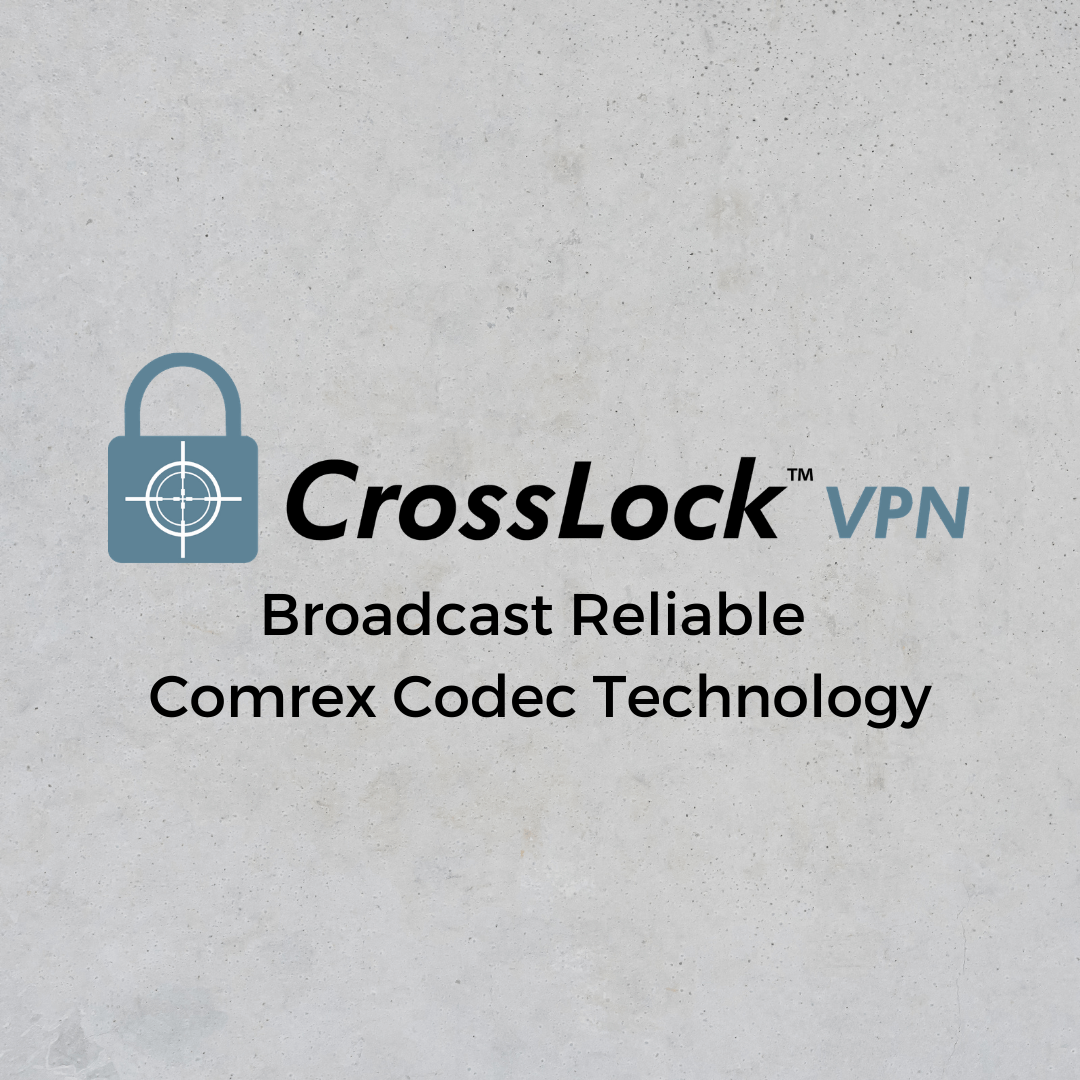 Professional broadcast IP codecs are oftentimes called on to perform miracles on less than miraculous data circuits. How well an IP audio codec performs, especially on the public Internet, is generally all about the manufacturer’s “Secret Sauce.”

Comrex IP audio codecs are considered the most reliable in the industry, and our CrossLock Technology is the reason why. It’s the “secret sauce” that makes our codecs so effective.

CrossLock is a proprietary suite of reliability tools that allows broadcasters to make the most out of even the most marginal networks.

What makes CrossLock so special?

Early on in the IP audio for broadcast game, Comrex engineers knew that providing a broadcast quality “ISDN-like” experience would be critical for the success of a product that relied on IP data circuits for connectivity (particularly one that would be used on the public Internet).

BRIC (Broadcast Reliable Internet Codec) Technology was developed to mitigate the challenges of transmitting broadcast content across contentious networks. We created a comprehensive suite of tools that included an intelligent jitter buffer manager, tasked with maintaining minimal latency while assuring the integrity of the audio content.

We have since developed a technology that we refer to as CrossLock™ for our line of Video over IP products. Starting with firmware 4.0, Comrex IP audio codecs have been updated to include CrossLock, which expands upon the current BRIC technologies in several powerful ways. All new Comrex IP codecs ship with CrossLock Technology included.

So what does CrossLock do?

First, it allows for the simultaneous use of multiple network devices to increase available network bandwidth and improve reliability. You can use multiple networks to run CrossLock in either Bonding Mode or Redundancy Mode.

Third, it includes an adaptive management engine that monitors the performance of each network link and applies the most appropriate tools for the current network conditions. We are frequently asked how many modems one of our units can handle – with people assuming the more the better.

Yet in the years of testing we conducted, we’ve found that using eight modems wasn’t going to necessarily deliver a better performance than just two. Modems can also frequently cause RF interference between each other, which is why our Connect Modems are RF-proof. 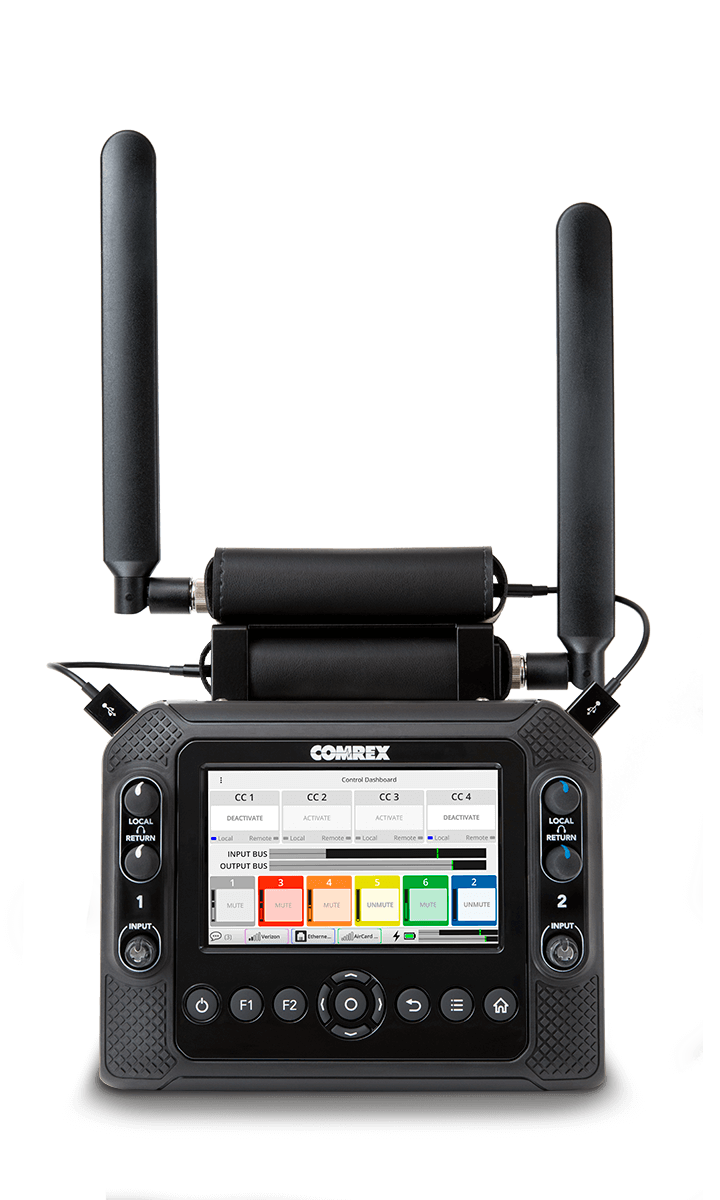 What’s more important than how many modems a unit can use is how effectively it can monitor each network in real-time and dynamically adjust data depending on each network’s performance, and CrossLock does that better than anything else out there.

Crosslock will calculate the highest quality and lowest delay combination of available networks to achieve the desired target rate, and it will even temporarily quarantine any adapters not contributing to those targets so as to not detract from performance.

Say you’re planning a remote broadcast in a place without a dedicated hardline connection. You’ve got access to a shared Wi-Fi network and a 4G network, and you know that those networks don’t have enough bandwidth to deliver your audio in high quality.

CrossLock allows you to use both networks at once. Each network connection gets added to the CrossLock layer, doubling or tripling the available network bandwidth on that end of the link in Bonding mode. This is a very powerful tool to use when the network capacity is unknown.

But just increasing network capacity isn’t always enough. CrossLock can also estimate each network’s upload performance, and distribute your data load based on network capacity. This is done seamlessly, meaning you won’t hear any bumps in your audio if data has to be re-distributed. And it does this intelligently, so you don’t have to worry about adjusting settings.

If you have multiple networks that are assumed good and have plenty of unmetered bandwidth, CrossLock can be set for Redundancy mode, whereby it will deliver the entire stream to each network. This can result in more of a guarantee of a seamless failover if one network should fail completely.

HotSwap, an enhancement to our CrossLock reliability layer, allows you to back up your STL or other dedicated links with a wireless modem. 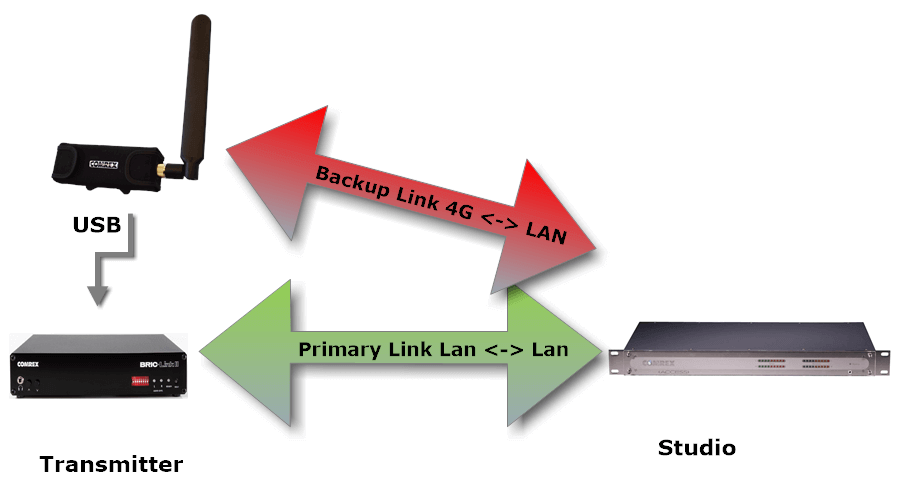 Normal CrossLock operation allows the codecs to use the data capability of two or more data networks. You can either “bond” these networks together into one channel (for data constrained networks), or turn on “Redundancy” and send duplicate streams over each. But you couldn’t designate one network as primary, and a second network to be used only when the primary fails.

That is, until we introduced HotSwap into our audio codecs. Because most 4G networks aren’t truly “unlimited” (despite what the marketing says), it can be expensive to run them 24/7. HotSwap allows you to designate one network (e.g. your wireless modem) as a “backup” that will only be engaged when the primary fails.

The system will warn of this status with a contact closure, and automatically fallback to the primary once it’s restored. Fall-over to backup happens in a matter of seconds, and fallback is usually seamless to your audio.

Switchboard makes connections between Comrex IP codecs easier by bypassing common IP networking snags via a private server. It’s our solution for NAT traversal and works in conjunction with CrossLock. 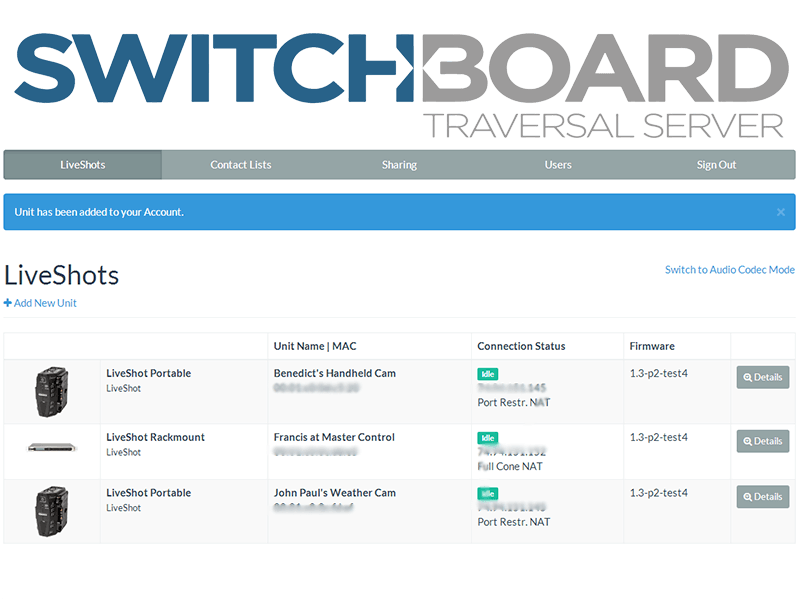 Here’s what you can do with Switchboard:

Switchboard is free for ACCESS and LiveShot users! And it’s available to purchase for BRIC-Link users for a one-time nominal license fee.