“Measured over-the-air scan results are inline with theoretical numbers from our simulation model and this again validates the high performance of the compact, scalable antenna modules and overall system architecture for larger panels,” said Professor Ali Safavi-Naeini, Director of CIARS (Centre for Intelligent Antenna and Radio Systems) at the University of Waterloo. 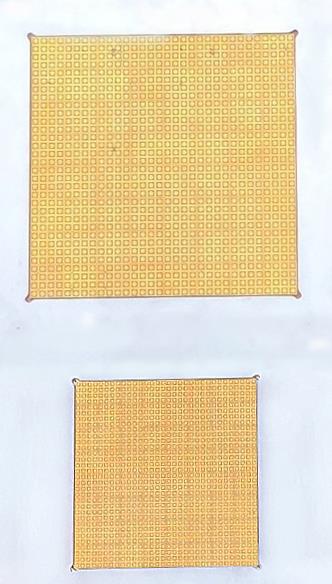 “The modular, intelligent technology platform provides a cost-effective solution for a wide range of applications—from fixed to mobility satellite broadband services, and for the rapidly emerging millimeter-wave 5G cellular services”, he added.

The Company will continue to move forward and will conduct additional tests to verify the performance of the antenna over several different satellites, including GEO/LEO constellations, and to confirm mobility and interoperability of the new design.

“Today, we are much closer to achieving our objective of delivering an affordable, electronically steerable antenna system capable of operating over the latest constellations of LEO, MEO and GEO satellites, which will play a significant role in delivering broadband solutions to worldwide markets,” said Dr. Leslie Klein, President & CEO of C-COM Satellite Systems Inc.

C-COM expects Flat Panel Antennas (FPA), which comprise less than 1% of all satellite terminal market sales today, to constitute up to 15% of the market by 2030. According to Northern Sky Research, a global market research and consulting firm focused on the satellite and space sectors, FPA shipments could reach $17 Billion over the next decade.  “FPA’s will be in large demand worldwide over the coming decade and C-COM intends to be part of that market,” added Klein.