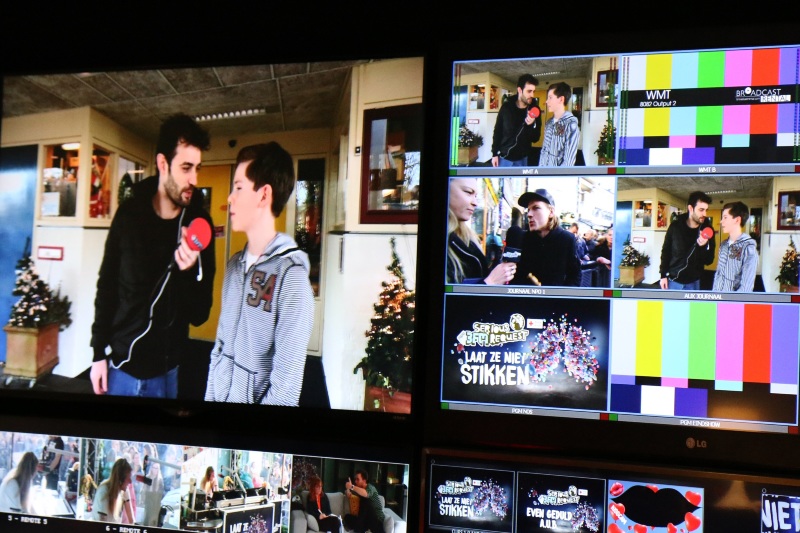 The campaign, an initiative of public broadcaster radiostation 3FM, was 24/7 non-stop live across all media platforms.

Between 18 and 24 December NPO 3FM DJ’s locked themselves up in a special studio in the city center of a Dutch town to raise money for the fight against children’s pneumonia. In the end over 8.7 million raised for the Red Cross.

The whole event was broadcasted live on NP 3FM, the 3FM website , NPO 101.TV, via the mobile apps of Serious Request and naturally on all popular social media. Also ‘mobile journalism’ played an important role here. The result was a seven-day non-stop marathon broadcast with live links resulting in a fine example of how different media can complement and reinforce each other. For the realization of all the audio and video 3FM have been working with companies such as Corrino Media, United, Ericsson and Mobile Viewpoint t, each with their own expertise and responsibility.

To facilitate all live contributions Mobile Viewpoint delivered via rental partner Broadcast Rental several WMT backpacks. Also a special Serious Request WMT streamur app was used by 3FM  journalists along the whole campaign. The WMT backpacks  were used across  the country, setting up a live HD connection to the central control in Breda or the Master Control Room of Ericsson in Hilversum. With the app it was possible to upload live videos without the need for transcoding first.