WGSU has been serving the SUNY Geneseo community for 54 years. However, until this year, the radio station had never covered commencement exercises. Since 2013 (my first commencement as a faculty member, and the 28th since I graduated from SUNY Geneseo as a student), I’d been thinking that WGSU should do more than simply air regular programming during what is annually the single largest campus event. Finally, this year, we made it happen. 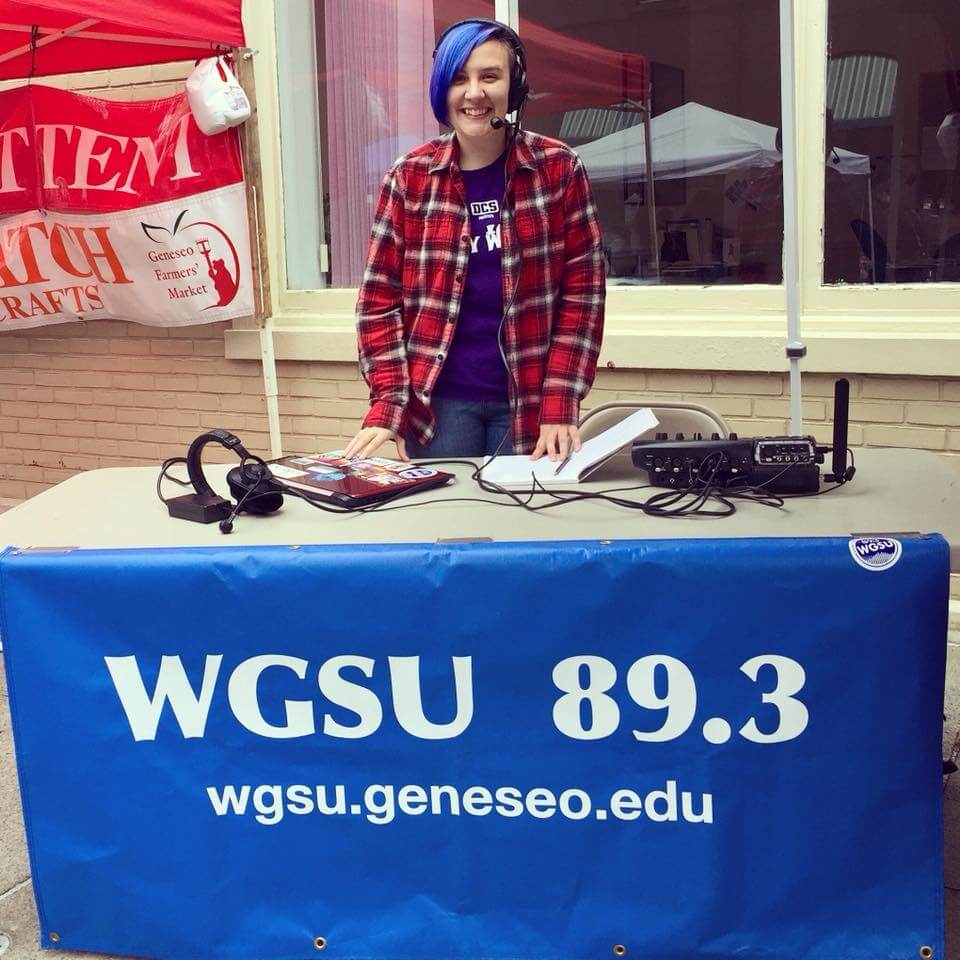 Live sports (notably hockey) coverage comprises the majority of WGSU remote broadcasts. By 2014, with some venues no longer offering phone lines, we were well past due for an update. After consulting our contract engineer (Chris Costigan of Stephens Media) and another college station nearby, Rochester Institute of Technology’s WITR-FM, we upgraded to a Comrex ACCESS 2USB with a portable mixer, and a BRIC rackmount.

We had good success — particularly for home games (where there were no network-access issues). Off-campus venues occasionally presented challenges in instances of spotty Wi-Fi coverage or no Ethernet port. So, after a couple seasons, we added a Comrex Connect Modem for Verizon (we had considered alternate carriers more supportive of the Free Radio on My Phone initiative, but our college required a Verizon plan). Its first test came last summer with a successful off-campus remote from an event on Main Street in our small-town village. Now, even for on-campus remotes, we typically bypass the campus network and simply connect remotely via Verizon.

Following broadcast of a full season’s slate of hockey contests (along with a few basketball games and a couple other on-campus remotes), the time seemed right to consider carrying this year’s commencement. It was still early enough to inquire (it’s always best to ask first, of course) and prepare. As anticipated, we received a positive response. There would be just one little problem: Most students would be gone (final exams ended a couple days earlier), and those remaining were sticking around because, well, they had someplace to be: at commencement.

So, if coverage were to happen, I would be setting up and “running the show” by myself. (But that was OK — let’s face it, who among us radio geeks wouldn’t rather be sitting at the controls in the main studio?) 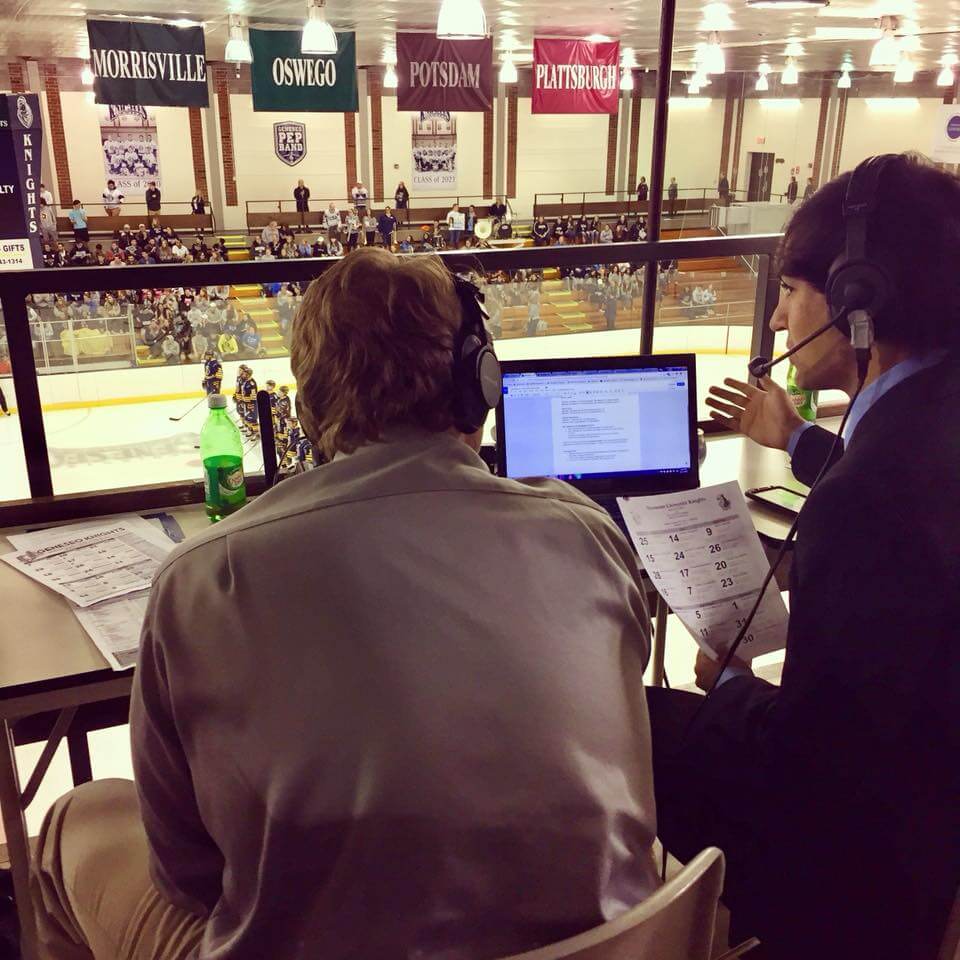 I stopped by the ice arena the day before commencement to check out the setup. I was told that if I brought my own XLR cable, I could simply tap into the soundboard for a live feed (isn’t audio sometimes a marvelously simple thing?).

The next morning, arriving at the arena around 90 minutes prior to the start of the ceremony, I connected cables and powered up. All that was left was tapping “Connect” on the ACCESS2USB. It’s a beautiful sight seeing on the device’s screen audio levels from the radio station’s return feed — confirming a connection. (Even one of the sound-crew members, curious about our simple setup, seemed impressed with the device.)

Our college holds two ceremonies (morning and afternoon — split in half due to the number of graduates and arena capacity). Even though the main speeches are largely identical, we decided to carry both ceremonies because if anything went wrong the first time, we’d get a second chance. Plus, it was simply good practice — and a service to the college and community.

The radio audience, we believed, would be most interested in the speeches. So, for both ceremonies, we cut away from coverage following the speeches (opting to not carry name-reading). Audio for the first ceremony was slightly low (potted up to the max in the studio but still a little quiet), but it was easily fixed between the ceremonies by boosting the input level on the ACCESS2USB (we’ll know to anticipate the same next year). Afternoon-ceremony audio was flawless, and, much to my satisfaction, the day’s coverage was entirely glitch-free. Applause between speakers provided enough time to drop in pre-recorded top-of-the-hour station IDs — keeping us “legal.” Plus, as an added bonus, when it was over, we had our own archived audio — thanks to 24/7 audio-logging — allowing us to repurpose and share speeches via social media.

Serving our college and community

Even though the college, in our case, planned to live video-stream its commencement ceremonies, WGSU’s live broadcast was a worthwhile component to the day’s coverage. I believe that service to our respective institutions (the licensee) is today more critical than ever for college radio stations to demonstrate value both to our institutions and, as importantly, to our communities (part of our FCC obligation as license holders). No longer can college stations, in challenging times for the radio industry as a whole, exist merely as fun student activities or be run like clubs.

The happy irony: Whereas 30 years ago, stopping the music for a public-service broadcast might’ve meantsurrendering listeners for the duration of the special programming, this year, I’m confident, it had the oppositeeffect. Stream statistics showed WGSU had more listeners than normal for the time. So if any of them stuck around afterwards (and liked what they heard), commencement coverage actually served to promote the station and its format to new audience members.

Gratifying as it was learning that the local newspaper editor had tuned it, it also supported what I often tell students: Don’t get hung up on stream statistics just because you can “see” them. For every person listening online, there probably are at least two to three times more, unseen, listening to the broadcast signal.

Not unlike that time, back in 1984, when WGSU carried live one of the Reagan-Mondale presidential debates, this year’s commencement coverage was a public service to our college and community. Simple and straightforward, it showed that additional remotes — opportunities to promote and serve — are easily achieved.